An Informal Look at an Ecclesiastical Trial[1] 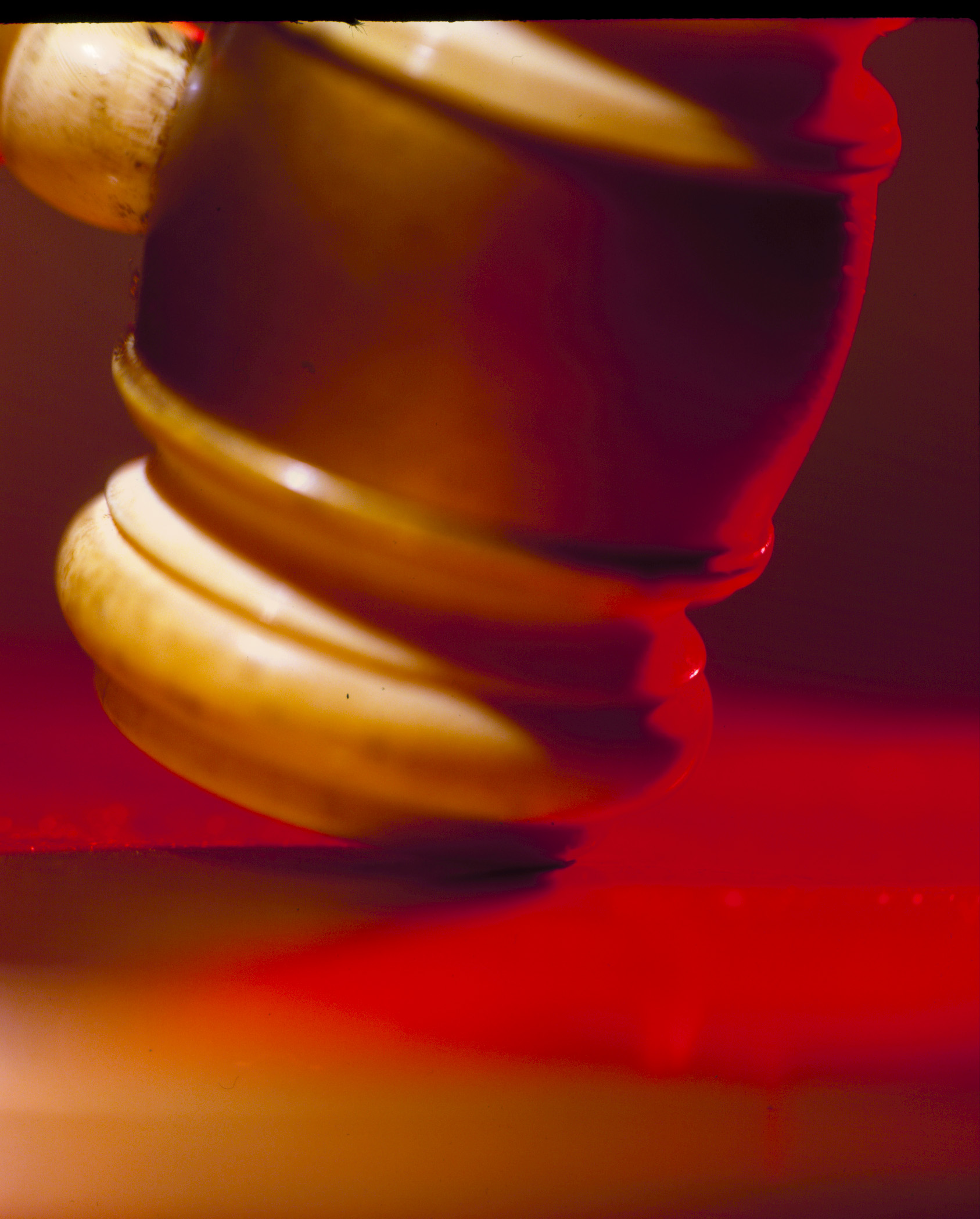 At the risk of restating the obvious, some of the terms used in the Book of Discipline (BD) could be defined as follows:

Censure                                   the consequences imposed by a judicatory after a defendant is found guilty. Censure can range from simply admonish­ing the person to more faithful obedience to suspension from office or from the privileges of membership or re­moval from office. The most severe form of censure is ex­communication.

What has already happened?

By the time a trial itself is in process a number of things have already taken place. Usu­ally several efforts, formal or informal have been made to seek to convince the allegedly erring member to repent. A preliminary investigation has been held.[3] That means that the judicatory has examined the charge and determined that, if proved true, it constitutes an offense serious enough to call for a trial. It has asked whether the charge(s) and specifications are in proper form, and whether the specifications, if true, support the charge. It has asked itself if witnesses cited are competent, and whether any documents cited in the specifications appear to be relevant. In some ways this preliminary investigation resembles the work that a grand jury performs in our nation’s judicial system. Then the judicatory formally approved the charge(s) and specifications and cited the accused to appear.

At the beginning of the trial, and as each session of the trial starts, the moderator an­nounces: “This body is about to sit in a judicial capacity and I exhort you, the members, to bear in mind your solemn duty faithfully to minister and declare the Word of God, the only infallible rule of faith and practice, and to subordinate all human judgments to that infallible rule.”

Usually a trial judicatory meets with open doors, which means that visitors are welcome to observe. Visitors are not participants in the trial unless they are summoned as witnesses. Un­der some circumstances visitors can be excluded.

The defendant is entitled to be represented by counsel to advise and help him in his de­fense. The person acting as counsel must be a member in good standing of the Orthodox Presby­terian Church.

No person may be “deprived of the right to set forth, plead, or offer in evidence in any judicatory of the church the provisions of the Word of God or of the subordinate standards.”[4] En­graved in the institutional memory of the Orthodox Presbyterian Church is the way in which Dr. J. Gresham Machen was forbidden to appeal to Scripture at his trial in the mainline denomina­tion, an event which led to the formation of the Orthodox Presbyterian Church.

What happens in the trial itself?

As the trial itself (called the “second meeting of the trial” in the Book of Discipline) be­gins, the judicatory is called to order with prayer. The moderator reads the exhortation. Ministers or ruling elders who are not members of the body may be seated and given the privilege of speaking during the meeting.

The accused has the opportunity to raise objections to the process thus far and to the form of the charges and other materials he was given at the first meeting. The judicatory rules on any objections raised. The accused is asked to plead “guilty” or “not guilty.” If the plea is guilty, the judicatory moves directly deciding what censure to impose. If the plea is “not guilty” the trial proceeds.

Although the Book of Discipline does not specifically require this, it might be appropriate for a representative of the judicatory to provide an opening statement. This may include a sum­mary of proceedings up to this point followed by a description of what the judicatory will at­tempt to prove. Although this would not be evidence, it could be a helpful overview, especially if there are those present who have not been part of the preliminary investigation or the first meet­ing of the trial. Similarly, the defense could provide an opening statement.

First the judicatory presents its case seeking to prove that the accused is guilty. Witnesses are called to testify to the specifications. Each witness is required to make the following affirma­tion: “I solemnly swear, that by the grace of God, I will speak the truth, the whole truth, and nothing but the truth concerning the matters on which I am called to testify.” The judicatory, through a person appointed for the task, questions each witness who has been called by the judi­catory. The testimony focuses on the specifications cited to prove the charges. The testimony of witnesses is not a place for general argumentation about the trial, although the accused may raise objections to testimony. After the judicatory has questioned a witness, the defendant, or his counsel, may cross-examine the witness.

The conclusion of the trial:

After all the testimony has been heard, the judicatory might present a closing argument, showing how the testimony supports the charges and specifications. The accused has the right to present his final argument regarding the evidence and the law of the church. The trial judicatory then retires, often meeting with closed doors, to deliberate and vote on each charge and specifi­cation, in order to determine the verdict. If the accused is found guilty, the judicatory decides what censure it intends to pronounce. The censure cannot be pronounced (carried out) until the time (ten days) has expired during which the accused may file notice of intent to appeal. If there is no appeal, the judicatory meets again to pronounce the censure. If there is an appeal, the cen­sure is not pronounced until the appeal process has been carried out in the higher judicatory(ies).

The different levels of censure are tools with which the judicatory works as it seeks to re­store a sinner, protect the church, and honor Christ. In some cases people have been harmed by the sin for which the defendant was found guilty. As the judicatory considers what censure(s) are appropriate, it ought to be asking, “What will bring justice and healing for those who have been harmed?”

The two mildest forms of censure are admonition and rebuke. Typically, they are used in situations in which the accused has pled guilty and/or has shown repentance. Once the person has been admonished or rebuked, the judicial case is concluded.

More severe is suspension. A person could be suspended from the privileges of member­ship. While under suspension she or he may not come to the Lord’s Table or vote in meetings. An officer could be suspended from fulfilling the functions of his office. Definite suspension is for a specific period of time. When that time is up, the person is automatically restored to the privileges of membership or to the office from which he was suspended.

Deposition removes of the person from the office he holds in the church. Excommunica­tion is the most severe form of censure. It is a solemn declaration that the person is no longer considered a part of the body of Christ. But even excommunication is carried out in the hope that the Spirit will bring about true repentance (see 1 Corinthians 5:5).

When an officer has been found guilty, more than one censure may be imposed. The judicatory is dealing with him both as an officer and as a member of the body of Christ. An offense that is a sin for a member is more serious (aggravated) when committed by an officer, who is to be an ex­ample, so the censure may well need to touch him on the level of membership.

The defendant has the right to appeal the final judgment of the case to a higher judica­tory. In a trial before a presbytery, appeal can be made to the General Assembly. In a trial before a session, the appeal is made to the relevant presbytery, and possibly after that to the General As­sembly. In order to appeal, the defendant must notify the judicatory within 10 days that he in­tends to appeal. He then has 30 days from that point to file the appeal with the higher judicatory.

A response to a concern:

“How can a trial be fair if the session or presbytery conducting it is both the judge and the jury?” That question has been raised from time to time. To add to the concern, the session or presbytery can also have the responsibility of prosecuting the case, either because a person bring­ing charges has requested the judicatory to take on that responsibility, or because the judicatory itself has become convinced that there is serious sin that needs correction. We are accustomed to those functions being carried out by different parties in the civil and criminal courts of our na­tion.

The question raises a legitimate concern. Our God is a just God, and he expects the same of his people, and especially of officers in the church of Jesus Christ. The Book of Discipline builds into the procedures several factors that promote a fair and just procedure. First, charges must be written. That helps to guard against a hasty or arbitrary exercise of authority. The pre­liminary investigation requires the judicatory to examine the charges and to determine (long be­fore deciding if the accused is guilty or not) if the charges and other materials are in proper form. It needs to determine whether the charges, if proved true, would show an offense serious enough for a trial. Judicial process can be lengthy and slow because built into it are protections for the accused. The accused has the right to counsel, who has a responsibility to protect the rights of the accused. Should the accused fail to appear for a trial, the judicatory is required to appoint some­one to present a case in behalf of the accused. As was described above, an accused, if convicted, has the right to carry an appeal to the highest court of the OPC. Furthermore, minutes of a ses­sion are reviewed by the presbytery, and those of the presbytery by the General Assembly. Over­sight by the broader church is built into the system.

Finally, remember that at the beginning of every session of a trial, the members of the ju­dicatory are exhorted to bear in mind their “solemn duty faithfully to minister and declare the Word of God, the only infallible rule of faith and practice, and to subordinate all human judg­ments to that infallible rule.”

The nature and purpose of discipline:

Church discipline, done properly, is pastoral, not punitive. Unlike the civil and criminal courts of our land, church courts have the benefit and privilege of dealing with the concepts of grace, repentance, forgiveness, restoration, and sanctification, all by the working of the powerful Holy Spirit. In situations in which sin has harmed others, justice and healing for them are crucial concepts.

A trial can seem complicated and technical. It is important to remember the purpose of discipline as summarized in the opening chapter of the Book of Discipline (emphasis added):

[1] Recently I was asked to serve as co-counsel in assisting a session which was preparing for a trial. The trial was held with open doors. Since members of the congregation expected to be present, and for the benefit of all parties involved, it seemed helpful to provide a non-technical overview of the judicial process. I am indebted to Glenn Jerrell and Francis VanDelden for valuable suggestions and corrections. Remaining weaknesses are my responsibility. This document is an expanded and somewhat revised version of that overview.