Abortion and the Bible
ABORTION AND THE BIBLE: a study presented to the Committee on Abortion of the Presbytery of the Dakotas
This paper, originally presented to the Presbytery of the Dakotas in March 1971, can also be found in the Minutes of the Thirty-Ninth General Assembly of the Orthodox Presbyterian Church, May 15 – May 20, 1972, pp. 23-26. The cultural situation in which we live has changed since this study was produced. Written today, it likely would have a different emphasis. The principles of the Word of God, however, remain unchanged. Transliteration of Hebrew and Greek words has been added.
———————

Articles in honor of Richard B. Gaffin

Bigger and More Mysterious Than You Can Imagine 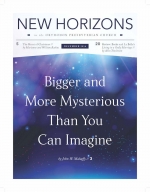 An article published in the December 2016 issue of New Horizons, “Bigger and More Mysterious Than You Can Imagine.” (Reproduced here by permission.)

Into a single verse John has compressed what the incarnation involves: the birth, life, death, resurrection, ascension, exaltation, and final, triumphant kingship of our Lord Jesus Christ.

LIFE IN “THE DAKOTAS” IN THE EARLY 1970S: MY OLD PRESBYTERY

Reflections on the “old” Presbytery of the Dakotas, written as part of the celebration of the 75th anniversary of the Orthodox Presbyterian Church and published in New Horizons 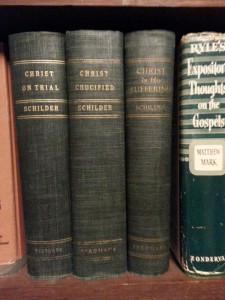 Christ in His Suffering

This Schilder Trilogy Index (a pdf file) is not a comprehensive Scripture index. Rather, it is an index of the texts of the sermons on which each chapter is based.

(I would appreciate your contacting me with any corrections.)

Walking through Trial Procedure: An Informal Look at an Ecclesiastical Trial

Walking through Trial Procedure as a PDF

WINE OR GRAPE JUICE: THEOLOGICAL AND PASTORAL REFLECTIONS ON THE FRUIT OF THE VINE IN COMMUNION
This study, originally written for the session of Trinity Presbyterian Church, Newberg, Oregon, has also appeared in Ordained Servant here.